December had barely started when the Mall of America sparked controversy by picking a black man to play Santa Claus for their pre-Christmas attractions. Some online commentators proposed boycotting the Mall of America, while other made racist jokes or used derogatory slurs. This reaction to non-white portrayals of Santa is not new: a few years ago, Megyn Kelly of right-wing television network Fox News had an on-air meltdown on the subject of a non-white Santa in a segment that went viral. While modern Santa may often be depicted as a white man, the history of the myth is a bit more complicated, as are the motivations for why this issue enrages so many people.

Before getting into the weeds, this needs to be established: despite the social ubiquity of Santa Claus, he is a fictional, mythological character. Mythology certainly can have profound impact on societies (just look at religious conflicts throughout history), but keeping this perspective in mind is essential. He’s not real and thus, his portrayal is a bit more open to interpretation.

Critics of non-white Santa might counter that the issue at hand goes beyond our present-day iteration of Santa Claus: this is about preserving history and tradition! But is it really?

As is often the case with folklore, there are numerous origins to Santa Claus, but most of the history can be traced to Northern European societies. The legend of St. Nicolas hails from the Netherlands, in which a thin man dressed as bishop in red garb brought toys to children in early December while riding his horse. On the other hand, Father Christmas, from England, was a Pagan god who wore green. His shtick focused on the merriments of celebration, such as drinking and feasting.

In addition to a number of other characters of European lore, these two tales formed what is now referred to Santa Claus. As immigrants came to North America, their various myths blended together, which is why so many names for Santa Claus exist.

To be fair, in all of these stories, “Santa Claus” (for lack of an all-encompassing term) is what modern society would consider “white.” Yet race is a social construct without biological roots. And, some origin stories of “Santa” come from peoples who have not always been considered “white.” 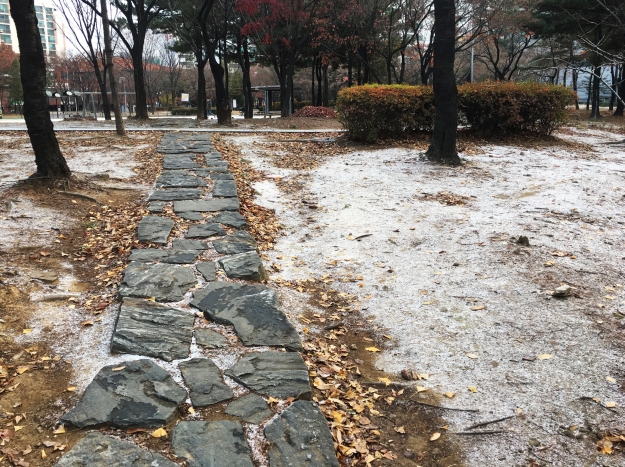 Contemporary readers might be surprised to find out that there is a difference between skin tone and race. “Skin tone” refers simply to the color of one’s skin. “Race” is a difficult-to-define term that incorporates skin color, socio-economics, history, and other factors into a categorical system.

Around the turn of the twentieth century, racial “scientists” actually existed to study the differences between the races. (Very little “science” was actually conducted.) This lead to the production of complex “scientific” justifications for lumping people into racial categories. These definitions were hardly airtight.

This connects to the Claustroversy at hand. Ever heard of Santa being referred to as “Kris Kringle”? The traditional name comes from the German version of the “Santa” story–but Germans were not always considered white. (Benjamin Franklin famously referred to Germans as being “swarthy“.)

The real life St. Nicolas was a monk born in the year 280 in what is now Turkey; would he be considered white today? The stories that created present day Santa Claus depict him as a historically-recognized white man.

This will not satisfy everyone. Critics will maintain that Santa has always fit the modern definition of whiteness. However, these naysayers seem to miss the purpose of modern Santa Claus.

Forgive me for sounding a bit sappy, but possibly the biggest lesson from the history of Santa Claus comes from his cosmopolitan roots: the representation of Santa may have differed between societies, but his underlying values of kindness and compassion are commonalities. If we are going to lie to children for the sheer enjoyment of adults, let us at least hold onto those worthwhile ideals,

Critics of “black Santa” are less upset about the “Santa” part of it and more upset about how they perceive racial politics in the United States. They often claim that by having a black Santa, politics are interjected into their pure, unadulterated holiday. (They don’t quite know the history of Christmas.) Perhaps there is something political about allowing a black man fill a role that has traditionally been filled by a white man–but why is that a bad thing? If Santa, a fictional character, represents the best values in society, surely someone of a darker complexion can also represent those values, right?

And that’s the true controversy.