The year of 2017 has featured more news about U.S. territories than any other year in my memory. Last month, North Korea responded to Donald Trump’s provocations by threatening to attack Guam. This month, the U.S. Virgin Islands and Puerto Rico were both tragically affected by Hurricane Irma. Despite U.S. territories being in the headlines, many people in the U.S. are unaware of what the term “U.S. territories” entails, or why it matters.

Why would anyone care about most of these small islands in the first place? The answer is simple: bird poop. This is no joke; the Guano Islands Act from 1856 allows for U.S. citizens to take control of unclaimed, uninhabited islands with significant guano (“accumulated excrement of seabirds, seals, or cave-dwelling bats”) deposits. It also authorizes the U.S. president to use military force to defend these islands. The law stems from guano’s use as fertilizer and as an expensive commodity.

Perhaps the most noteworthy contemporary factor is that the United States’ claims on these islands are not without controversy:

The Palmyra Atoll is the only unorganized, incorporated territory. It is self-governing and the Constitution does apply, but no one lives on this island. This means, as CGP Grey pointed out, if a foreign national were to give birth on the island, the child would theoretically be a United States citizen. Considering that it is an unpopulated nature reserve hundreds of kilometers from any inhabited island, this seems unrealistic.

These eleven territories are not particularly noteworthy. They are small, few to no people live on them, and they are far away from other settlements. Even the disputes of ownership are not major factors in the United States’ foreign relations. The consequential matters revolve around the U.S. territories that have sizable populations.

These are mostly unincorporated, organized territories, consisting of: Puerto Rico, U.S. Virgin Islands, Guam, and the Northern Mariana Islands. To reiterate, this means that they are relatively self-governing, but that all of the U.S. Constitution does not necessarily apply. Puerto Rico has the largest population by far, although many people are moving stateside within the United States.

The people living in these four territories are United States citizens. They have U.S. passports and are able to move stateside and back without having to obtain a visa. They are unable to vote while they are living in the territories, but if they move to the United States, they can vote. (Somewhat paradoxically, U.S. citizens living as ex-patriates in other countries are able to vote.)

There is one territory that I did not mention above: American Samoa. It is technically an unorganized, unincorporated territory, although, unlike the other islands, it is home to 55,000 people. Unfortunately, these people are technically U.S. nationals, and not U.S. citizens; they are able to move to the United States, but they’ll have to go through immigration if they want to become a citizen. This seems to be a legal error that Congress has not fixed, as there is no clear reason why their legal status should be different from that of other territories.

In addition, the United States has extraterritorial jurisdiction in a number of places worldwide, including the controversial Guantánamo Bay base (the ‘agreement’ is disputed by Cuba), research stations in Antarctica, and hundreds of military bases. The small nations of Federated States of Micronesia, Marshall Islands, and Palau also have a deal with the United States that allows citizens of these countries to work and live in the U.S. (and vice versa).

In the past, the United States has claimed control over Cuba, the Philippines, Haiti, and the Dominican Republic. There are many other areas claimed at various times–mostly during or after periods of war–by the United States, but they are too numerous to mention here. 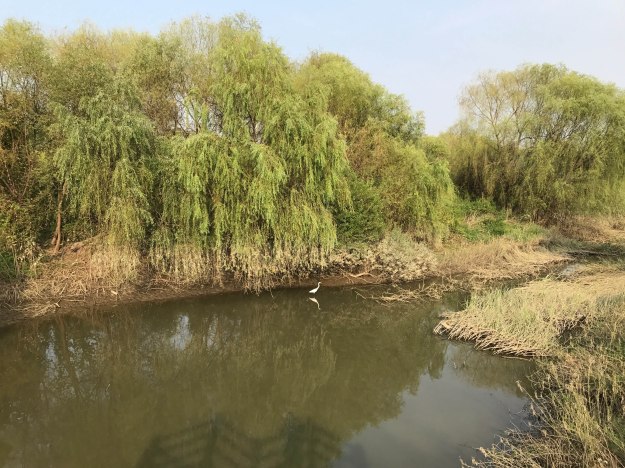 The people residing in U.S. territories are faced with a difficult situation. They are forced to follow United States law, but are unable to vote in national elections. They do not have representation in either branch of Congress. This issue is sometimes brought up in presidential years, as territories possess no Electoral College votes. In other words, they have no say in the branches of government that can override their local autonomy.

People in Puerto Rico are forced to buy only goods shipped on U.S. vessels, even if they are more expensive. Many in Guam object to being home to a U.S. military base (and, thus, being in the crosshairs of a nuclear power), without being able to vote. Recently, the Northern Mariana Islands, Puerto Rico, and U.S. Virgin Islands have had significant economic issues, but were unable to file for bankruptcy like a U.S. state would. In American Samoa, the issue mentioned above about their legal status is very contentious.

Generally, three major proposals to rectify some of the issues pertaining to territorial legal status pop up every now and then:

Generally these proposals do not get much traction. None of the proposals are particularly passable given the current political climate. Case in point: while the stateside U.S. media focused on Hurricane Irma’s impact on the state of Florida, the hurricane had already impacted two territories: the U.S. Virgin Islands and Puerto Rico. Whether intentionally or not, stateside citizens of the United States seem to neither acknowledge nor respect those living in U.S. territories as fellow Americans. Given this erasure, it is not difficult to see why the controversy over the U.S. territories’ statuses are so complicated within their respective territories, but a non-issue stateside.

It is hard to say what the best option would be. The people within the territories should be able to decide their own future, but the independence option and statehood option seem to be the better than the status quo or the constitutional amendment option. With these options, either the citizens of the territories are treated as equal entities, or they will be resigned to second-class status.

While predicting the future may be impossible, it seems unlikely that any majors changes will occur in the next few years. In the midst of writing this article, Interior Secretary Ryan Zinke suggested to President Trump that Baker Island, Howland Island, Jarvis Island, Johnston Atoll, Kingman Reef, Palmyra Atoll, Wake Island, and Rose Atoll–a small island in American Samoa–should be modified to allow commercial enterprises to take place within these currently-protected areas.

Word of Zinke’s suggestions broke only a short time before news of Hurricane Maria ravaging Puerto Rico broke. While Trump tweeted support for the island, this came mere months after him harshly criticizing the Puerto Rican government for its debt crisis. If President Trump is truly concerned with Puerto Rico, perhaps he should at the very least offer economic aid, and not just whine on social media.

It’s easy to observe that the Trump administration appears more concerned with the economic capacity of a handful of inhabited territories, as opposed to the quality of life for millions of U.S. citizens living on other islands. However, perhaps this is the very narrative has defined the U.S. territorial experience from the beginning, and why changing conditions for the territories won’t come anytime soon.