In my previous article, I touched on some broad ideas that could help the Democratic Party. In short, I argued for fighting corruption, strong messaging, and restoring trust. However, shortly after publishing the piece, I felt that something was missing from my suggestions: actual politics. If the Democrats are unable to deliver strong policies and political strength, then what’s the point?

In my aforementioned last post, I touched briefly on Senator Bernie Sanders:

While many establishment Democrats and devoted Clinton supporters hold contempt toward Sanders, they need to have a reality check. Bernie Sanders is the most popular sitting politician in the United States. The Democratic Party does not have to be made over in his image, but Sanders has tapped into something important.

While Bernie Sanders might be perceived a good guy who speaks well, his policies are what defines him. The irony of Bernie Sanders’ campaign is that despite being considered “radical,” many of his policy positions receive broad-based support.

Single-payer healthcare? A majority of people in the United States support it. Free college? More than 61% of people back it, including a plurality of Republicans. Background checks for gun purchases? That has around 90% approval. Taxing the rich? Gallup says that 63% support raising taxes on wealthy people, and 67% support raising taxes on corporations. Let’s call these positions what they really are: popular.

Some of Bernie Sanders’ detractors argued that these policies were unrealistic. Considering the stronghold that Republicans have on Congress, perhaps the ideas are currently untenable. But, what these critics don’t understand is that campaigns require simple messaging to reach a broad audience. Trump’s “wall” lacked details but fired up his base. Barack Obama’s “hope and change” lacked any specifics at all, but spoke to a weary populace.

In Hillary Clinton’s book, she compared Bernie Sanders’ policy positions to giving everyone a “free pony.” What messaging did her own campaign come up with that was so much better? The slogans “America Is Already Great” and “I’m With Her”? She had good ideas (some were more progressive than she is given credit for), but utterly failed to sell them to the U.S. populace.

Some people reading right now might feel that I am not giving Hillary Clinton enough credit and that I am simply trying to convince everyone to support Bernie Sanders in 2020. That’s not true. We don’t need to rehash the Clinton v. Sanders debate of 2016, as that would be unproductive. The Democratic Party needs to learn from its mistakes, and there are good lessons to be gained from Sanders. 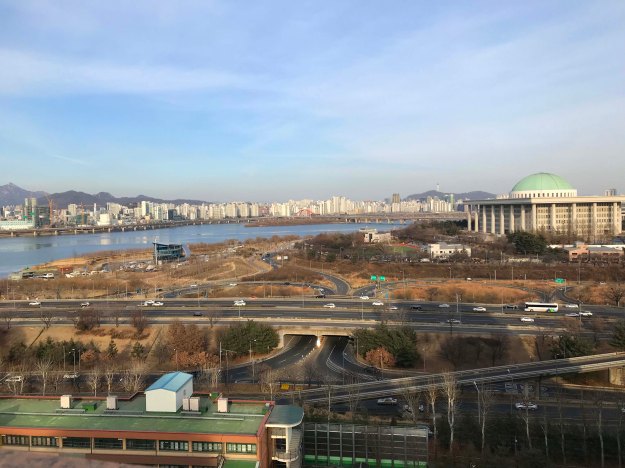 Policy and rhetoric are not the only ingredients of a successful campaign–so is character, or at the least the perception of such. Bernie Sanders and Donald Trump were perceived as outsiders and fighters, with Trump fighting for a whiter country, and Bernie fighting against income inequality. Yet perceptions of Hillary Clinton as corrupt and spineless dogged her for the entire campaign.

To be abundantly clear, the so-called “scandals” that affected the Clinton campaign were mostly fluff, even if they raised some nuanced questions about accountability. And Clinton’s changing policy positions are pretty par for the course for mainstream politicians in the public eye for more than 30 years. More or less, her campaign had little control over these items in her past.

However, the campaign failed to effectively push back against the perception of Clinton as disingenuous and spineless. This problem extends beyond the Clinton campaign.

Spinelessness is endemic within the Democratic Party–it’s not just Hillary Clinton. When Democrats discuss policy, they do so on Republican terms, emphasizing conservative elements such as the debt and deficit. When Democrats come to negotiations with Republicans, they frequently start by proposing an already compromised position–and then continue to cave as the process continues. When Democrats talk about social security–the single most popular government program–Democrats frequently discuss cutting it, instead of raising it.

Many in the Democratic Party seem to believe if they act like “Republican Lite” candidates, they will gain votes. In fact, Clinton tried to pick up moderate Republican voters in lieu of energizing her own base of support. That’s just silly! If people want to vote for a Republican, they’ll vote for the real deal, not some Democrat who holds a gun in a promotional advertisement and pretends the Bible is their favorite book.

Democrats are elected to act like Democrats, not to badly imitate Republicans. The Democratic Party seems to be paradoxically vying for the praise and support of a fairly small electorate while ignoring their actual base of support. This comes across as spineless and disingenuous because it is.

One Vox headline read, “Hillary Clinton is using conservative rhetoric to lay out a remarkably liberal agenda.” Assuming this headline is accurate, it begs an important question: why should a Democrat be using conservative framing at all? Democrats should frame debates on their own terms.

A fitting example of this comes from Barack Obama’s 2008 presidential campaign. He made sure to repeatedly emphasize that he was in favor of civil unions for same-sex couples, but not full marriage equality. While LGBTQ rights were ultimately only a small issue in the 2008 campaign, this instance represents everything wrong with this needless pandering.

First of all, no one actually believed him. LGTBQ groups endorsed Obama, and anti-gay organizations condemned his views. Does anyone actually think that Obama’s numbers would have been terribly different if he had overtly supported marriage equality?

Second, because he aligned himself with a more conservative position, it gave leverage to Republicans. Today, it is not uncommon to hear homophobic politicians defend their views by claiming that they hold “Barack Obama’s position from 2008.” Gross.

Third, it was simply a wrong position to take. Period. “Everyone knew” Obama supported marriage equality, but he decided to use LGBTQ people as political pawns.

This is not to say that Democrats need to endorse every position they are perceived as holding. Running a campaign that explicitly advocates gun grabbing, baby killing, and tax hiking would be a disaster. But they do need to keep it real: stop trying to be politically “clever” and be politically courageous for once. If you believe in your policies, defend them–and don’t run from them.

I want the Democratic Party to be formidable political force in 2018 and beyond. As I wrote about previously, structural issues plague the party. The party also seems to possess a deficit of strong policies and political strength. While some establishment Democrats and Clinton supporters hold animus toward Sen. Bernie Sanders, he represents a workable model for future campaigns. Given the damage that Donald Trump has managed to cause in a little over a year, it is clear that Democrats owe it to the country to better themselves.